You are here: Home / lending / Conforming Loan Limits JUMP UP AGAIN in 2020 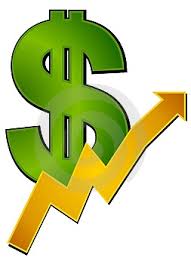 Conforming Loan Limits will JUMP UP AGAIN in 2020.  The Federal Housing Finance Agency announced Tuesday that it is raising the conforming loan limits for Fannie Mae and Freddie Mac to more than $510,000.

This marks the fourth straight year that the FHFA has increased the conforming loan limits after not increasing them for an entire decade from 2006 to 2016.

In 2016, the FHFA increased the Fannie and Freddie conforming loan limit for the first time in 10 years, and since then, the loan limit has gone up by $93,400.

A Plus Mortgage LLC

This company was founded on over 35 years of experience in the mortgage lending industry. We strive to take care of and support your needs now and in the future because,

OUR PRIME INTEREST IS YOU!

Program rates, terms and availability are subject to change without notice. Not all consumers will qualify for loans requested. A Plus Mortgage, LLC (NMLS #1885493) is licensed and regulated by the CO department of Regulatory Agencies, Division of Real Estate.